Dads: It’s important to be selfish 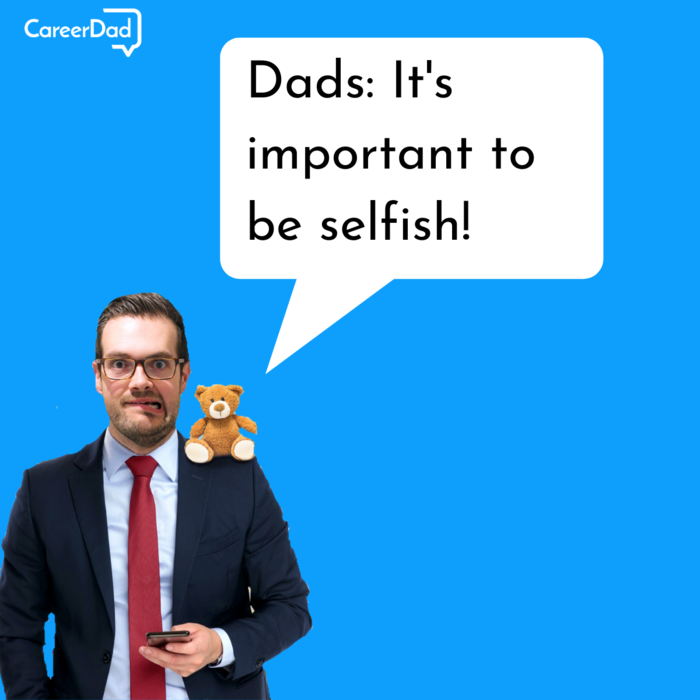 Dan Reed is a local influencer and founder of Career Dad.

He is on a simple mission: To positively impact as many dads' lives as possible.

Dan is achieving this by putting the spotlight on working dads who are passionate about their careers, but not at the expense of their family.

Read his blog below about his highs and lows of working from home during lockdown and how he juggled this alongside family life.

My family and I went into self-isolation a week before mandatory working from home started. It was the beginning of March; I’d come back from London and had a terrible 48 hour flu, and a few days later both my kids had a high temperature.

A week later we felt fine, but by that time the advice had changed. I was to work from home for the next few weeks… then I could return to the office.

Brilliant! I was used to working 2 days in Northampton, 2 days in Canary Wharf and 1 day from home. I’d always wondered what it would be like to work full-time from home.

Only it wasn’t a couple of weeks. Fast-forward 6 months, and we’re still no closer to returning to any kind of normality. And what I’ve learned during this time is: it’s incredibly important to be selfish!

Before we delve into that, let me give you some context:

The good: Bonding with my daughter

I mentioned ‘kids’ previously; I have a 6 year old son, and a 14 month old daughter. My daughter was 8 months when we went into lockdown… she’s nearly spent most of her life living with Covid! But that means she’s spent nearly most of her life at home with me.

I have experienced so much more of her development than I would have done if I was in my usual working pattern, and we have such a close bond because of it. It’s little things, like being able to put her down for a nap without needing my wife to settle her. I wouldn’t want to change that.

The bad: Losing ‘me’ time

Here’s an unpopular opinion: I miss the commute. I hear people talking about having 20 hours more in their week… I’m the opposite. The commute was time for me to read. Or write. To listen to podcasts, or edit my own (The Career Dad Show). It was ‘me’ time.

Since lockdown I’ve had to switch from ‘dad mode’ at 8:59 to ‘work mode’ at 9:00, and it’s hard. I can’t walk downstairs to get a drink without being asked if it’s my break time, and then being quizzed as to when I can play.

I felt incredibly guilty about making ‘me’ time… like going for a run. Sure, I *could* go for a run, but that’s an hour where I’m not holding the baby and giving my wife a break. How do I make that call?

The ugly: Feeling inadequate at everything

Having spoken to a number of parents – particularly dads – I know I’m not alone in this: feeling like I’m not very good at anything. I’m not able to give my work 100%, and feel like a rubbish employee. I’m not able to be the dad or husband I want to be, either.

I felt like I was doing many things, none of them very well. Over time, that’s taken a real toll on my self-worth and mental health.

Looking forward: The key is being selfish

Ever the optimist, I feel like I’m coming out the other side of this. And the key has been to be selfish. Although I’d argue it’s not selfish at all. I’ve realised that if I go on that run, I have ‘me’ time. It gives me energy. I’m then a more effective husband / father / worker for it.

It’s about applying your own oxygen mask first so you can better serve others. I’m not saying it’s easy to get into that headspace; it’s taken me months! But now that I’m here, I’m an advocate. I encourage you to join me.