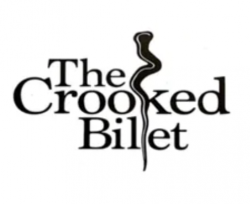 Family run pub with a quality food and service.

It is our understanding that, using the wood from a sailing ship, the original building was built around 1600 as a farm house. The owners served ale to the farmers and farm workers going to work in the morning and arriving back from the fields in the early evening. Shortly after, in the early 1700s, it began staying open later in the evening and changed from an alehouse to a licensed village pub.

A brew house was added sometime in the 1800s to cope with the demand of an ever growing population and the closure of the other seven alehouses in the village. It still continued to function as a farm as late as the 1900s.

After the barns and alehouse went (around the 1930s), the building became solely a village pub.

There are many interpretations as to what a billet might be.

A staff, a housing for soldiers, a ticket, or a piece of wood used for fuel.

It is thought that the latter is the correct explanation for the name of the pub – the Crooked Billet.

Many wealthy pubs hung an ornate symbol on their door but poorer farmers hung just an old piece of firewood, as was the case here, naming it The Crooked Billet.

Email me jobs from The Crooked Billet